What is RPA and what is it for? 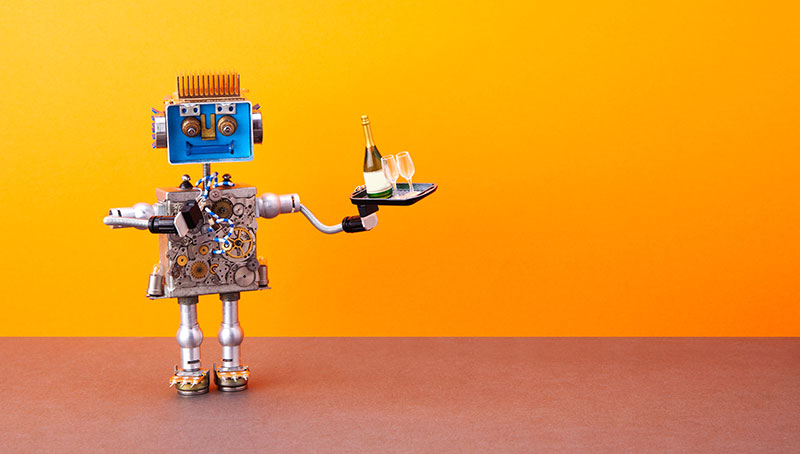 RPA, stands for Process Automation by Robotics, so it is possible to automate your tasks quickly and with cost reduction.

Do more with less!

RPA came to automate office processes, performing extremely manual and repetitive tasks that do not require intelligence. Like, the issuance of a 2nd copy of slips, execution of a process based on one or more queries in systems, changes in a system based on the action of another.

A robot performs an activity up to 10 times faster than a human. In addition to the speed of execution, the robot has a much higher productivity cycle, as it works 24 hours a day, 7 days a week, does not take holidays or take holidays.

In addition, the robotic process reduces human error by up to 99%, as it does not type wrong, does not click wrong, does not access the wrong system – the robot will perform exactly what you have defined.

RPA, trend of use by companies

This technology is in the pipeline of almost all companies. According to Gartner, by the end of this year 2020, 90% of medium and large companies will have at least one process being carried out by a robot. Also according to Gartner, this automation will grow on average 41% per year until 2022.

Unlike other automation technologies, RPA has the function of facilitating the implementation process. Typically, your tools are intuitive and require little or no programming knowledge.

To implement this automation, it is necessary to look at the process, to make sure that it is well defined. For example, since the robot can work 24 × 7, will all systems involved in an RPA process also be available at the same time?

With an emphasis on reducing costs, gaining efficiency and accessibility, the RPA has its adoption facilitated, since it has directly attracted the attention of managers and decision makers of companies.

Technology simplified and more powerful technologies to deliver business results fall in the minds of executives from different business areas.

This issue rekindles the discussion about how much IT professionals are willing to approach business demands. In addition to delivering quick solutions for them and failing to defend unnecessary contingencies in the adoption of new technologies.

Point of attention about RPA

We use cookies on our website to give you the most relevant experience by remembering your preferences and repeat visits. By clicking “Accept All”, you consent to the use of ALL the cookies. However, you may visit "Cookie Settings" to provide a controlled consent.
Cookie SettingsAccept All
Manage consent

This website uses cookies to improve your experience while you navigate through the website. Out of these, the cookies that are categorized as necessary are stored on your browser as they are essential for the working of basic functionalities of the website. We also use third-party cookies that help us analyze and understand how you use this website. These cookies will be stored in your browser only with your consent. You also have the option to opt-out of these cookies. But opting out of some of these cookies may affect your browsing experience.
Necessary Always Enabled
Necessary cookies are absolutely essential for the website to function properly. These cookies ensure basic functionalities and security features of the website, anonymously.
Functional
Functional cookies help to perform certain functionalities like sharing the content of the website on social media platforms, collect feedbacks, and other third-party features.
Performance
Performance cookies are used to understand and analyze the key performance indexes of the website which helps in delivering a better user experience for the visitors.
Analytics
Analytical cookies are used to understand how visitors interact with the website. These cookies help provide information on metrics the number of visitors, bounce rate, traffic source, etc.
Advertisement
Advertisement cookies are used to provide visitors with relevant ads and marketing campaigns. These cookies track visitors across websites and collect information to provide customized ads.
Others
Other uncategorized cookies are those that are being analyzed and have not been classified into a category as yet.
SAVE & ACCEPT